Publish a Book and two CDs about a Lute Manuscript?

And even about a lute manuscript with music in four
Accords nouveaux – lute tunings in-between the
Renaissance (Vieil ton) and the Baroque tuning?

Imagine a recital with music from this manuscript under the title:

Defamation before Trump and Twitter:
How to Hit Someone Below the Belt in the 17th Century

Have you become interested? Then order the book immediately!
Click here for your order! Or print out the order form.
(Payment by PayPal or SEPA) 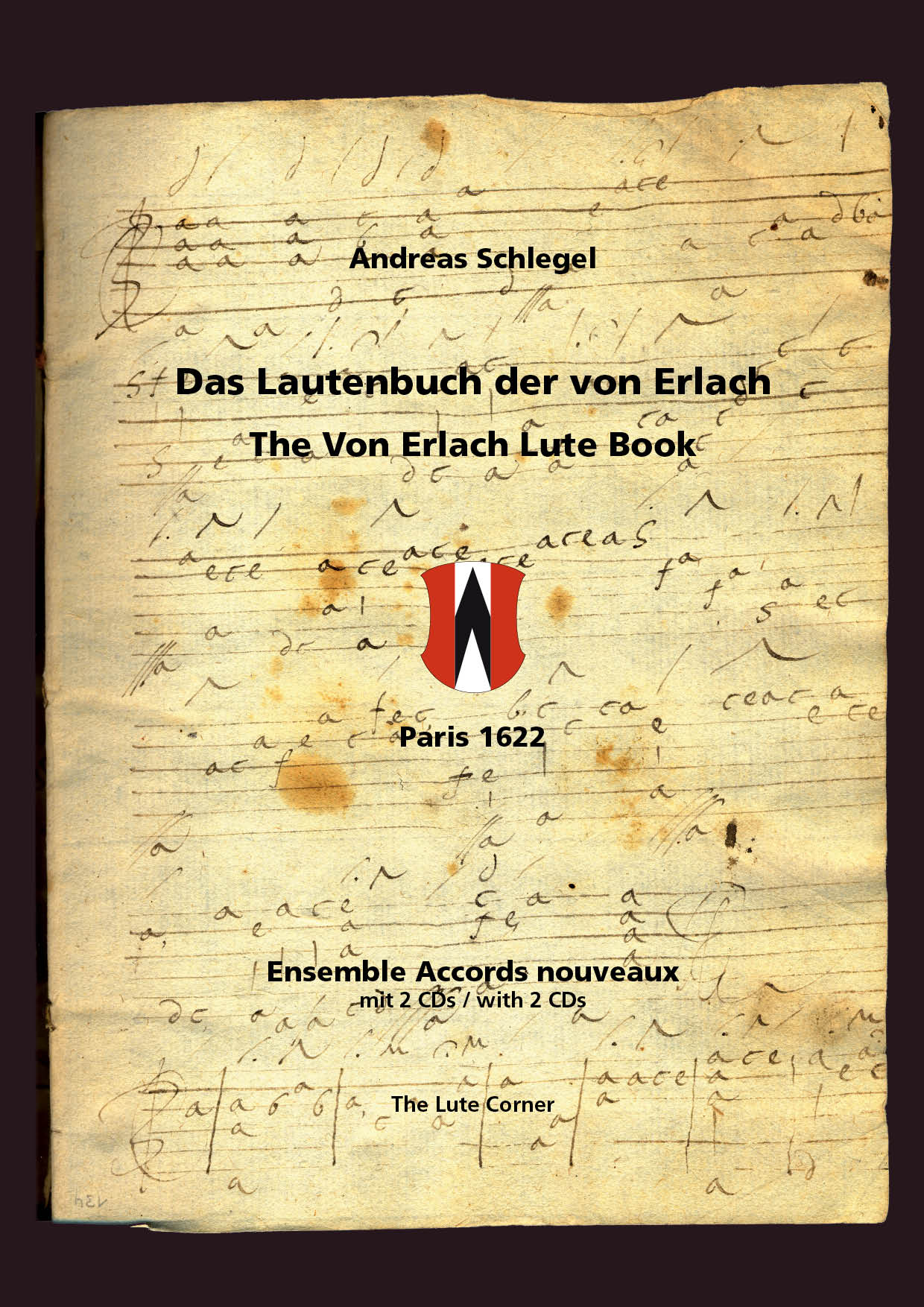 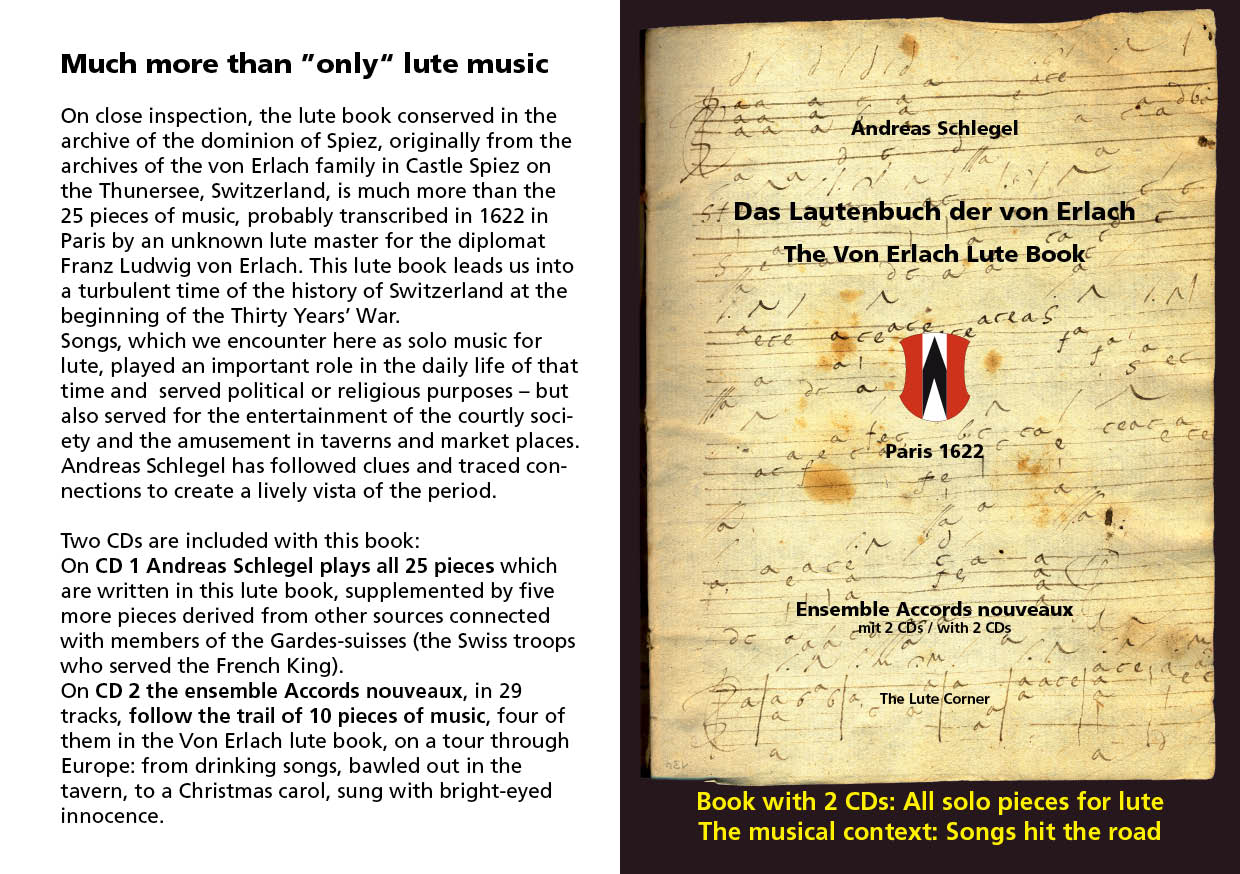 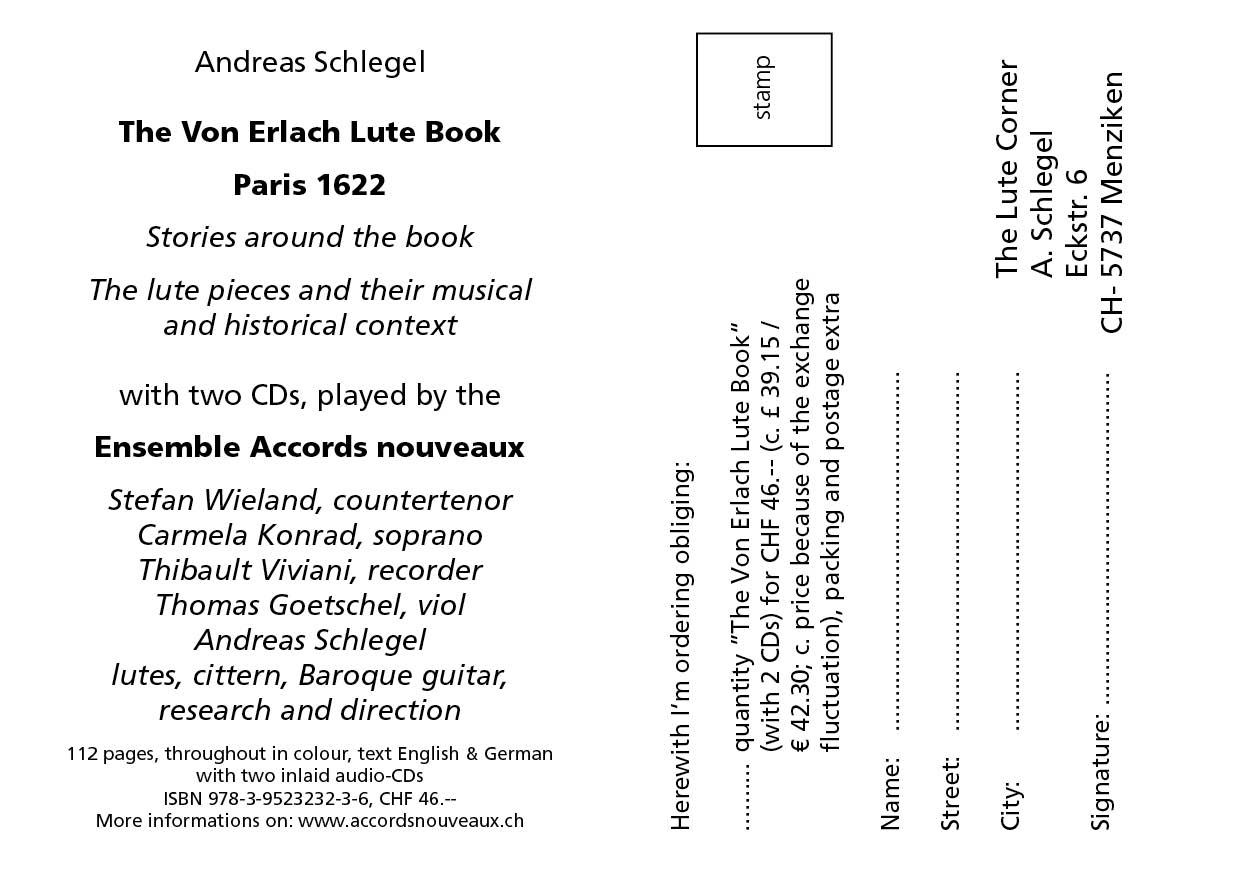 The Von Erlach lute book has been in the focus of my attention since 1986. At first I considered it only as a source for pieces to play, like every other musical source. I was not deterred by the music in Accords nouveaux, although this meant that I had to retune my lute.

Later and as an outcome of what I gained from hearing musicology at the Musicological Institute of the Basle university I learned to ask questions about the context in which a source came to be created. From there on it got more and more interesting:

One question lead to another, and so this manuscript became like an Ariadne’s thread for me, marking a path into the fields of Swiss history, the history of the Gardes-suisses and that of the mercenaries in general, that of the Canton Berne and its subject territories like the western part of what today is the Aargau, into the music history of the time around 1620 and into the world of songs contemporary to the manuscript.

A lute book as an Ariadne’s thread leading one into the history of one’s native country and of the continent where this country lies, because then as now culture transgressed the boundaries of languages and of regions.

Therefore I can invite my audiences to a journey back in time to the years around 1620, but also to those around 1875, and then return to our present days and learn about our present day’s music research. Because: A lute book is much more than “just” a lute book.

But then: A lute book is naturally a musical source too, and its contents shall be made audible!

In order to achieve this I have recorded all the pieces in this manuscript on a CD coming with the book about the manuscript.

Example Baize-moy ma Jeanneton from the Von Erlach lute book, played from the book as a solo piece for lute:

But there is even a second CD: This is dedicated to the musical context, and you will hear on this CD songs which are somehow hidden in the Von Erlach lute book and in other sources which have come from members of the Guardes-suisses. I have followed the ways these songs traveled across Europe and through time and have made them audible again.

In other words: The book is a somewhat oversize version of a CD booklet, written for all those fond of traveling who would like to follow the Ariadne’s thread “Von Erlach Lute Book” and wish to experience that kind of fascination which I feel. 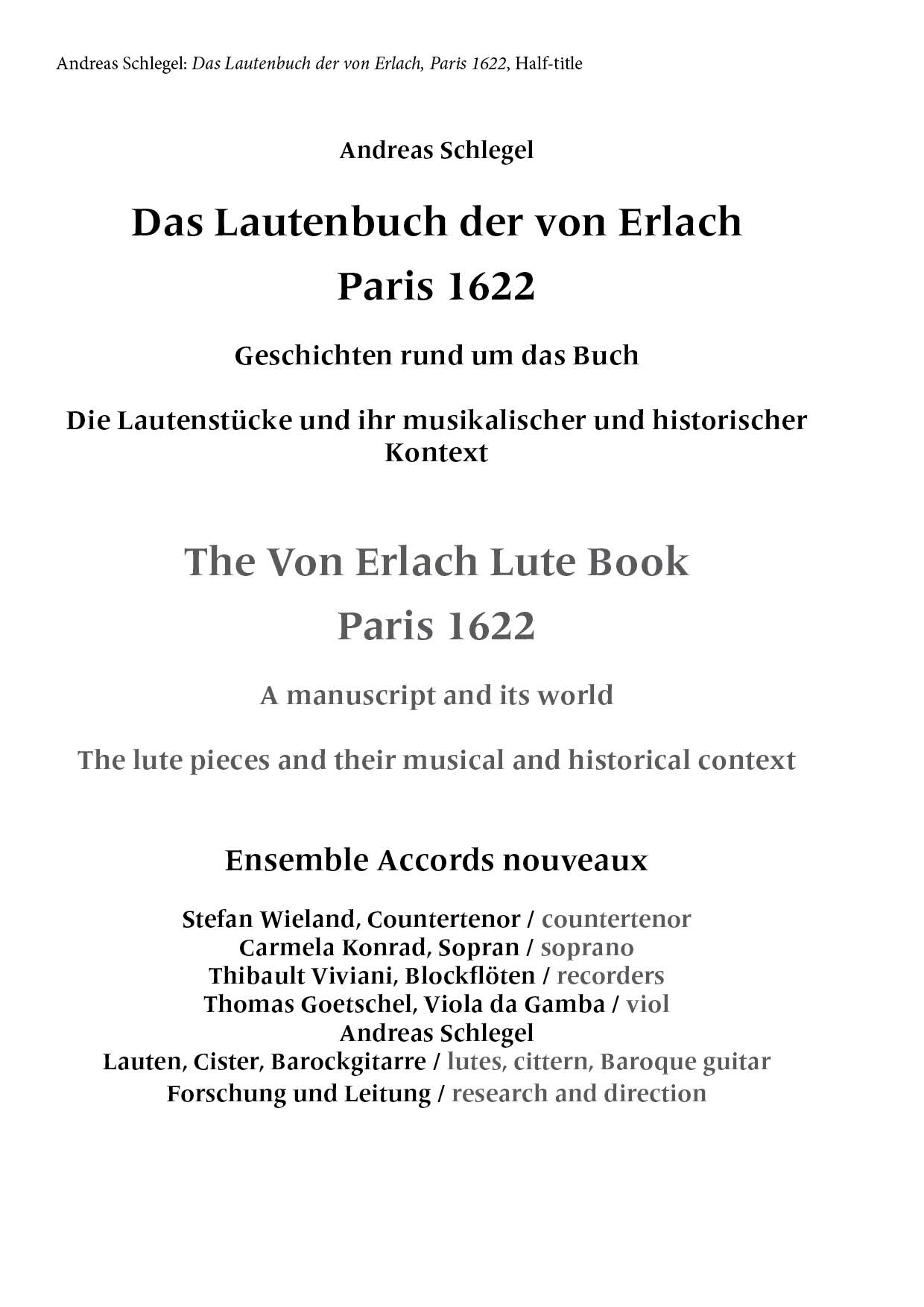 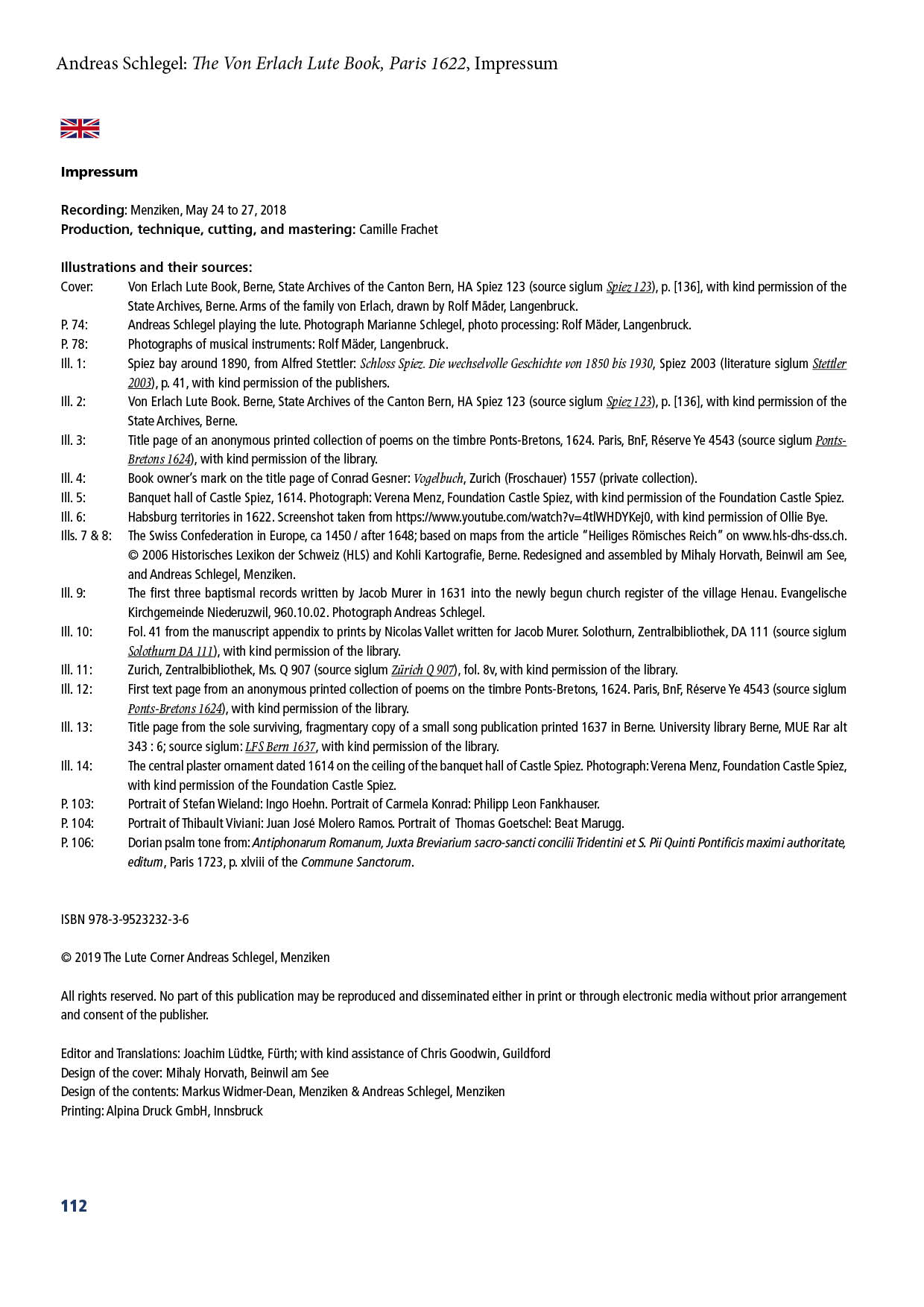 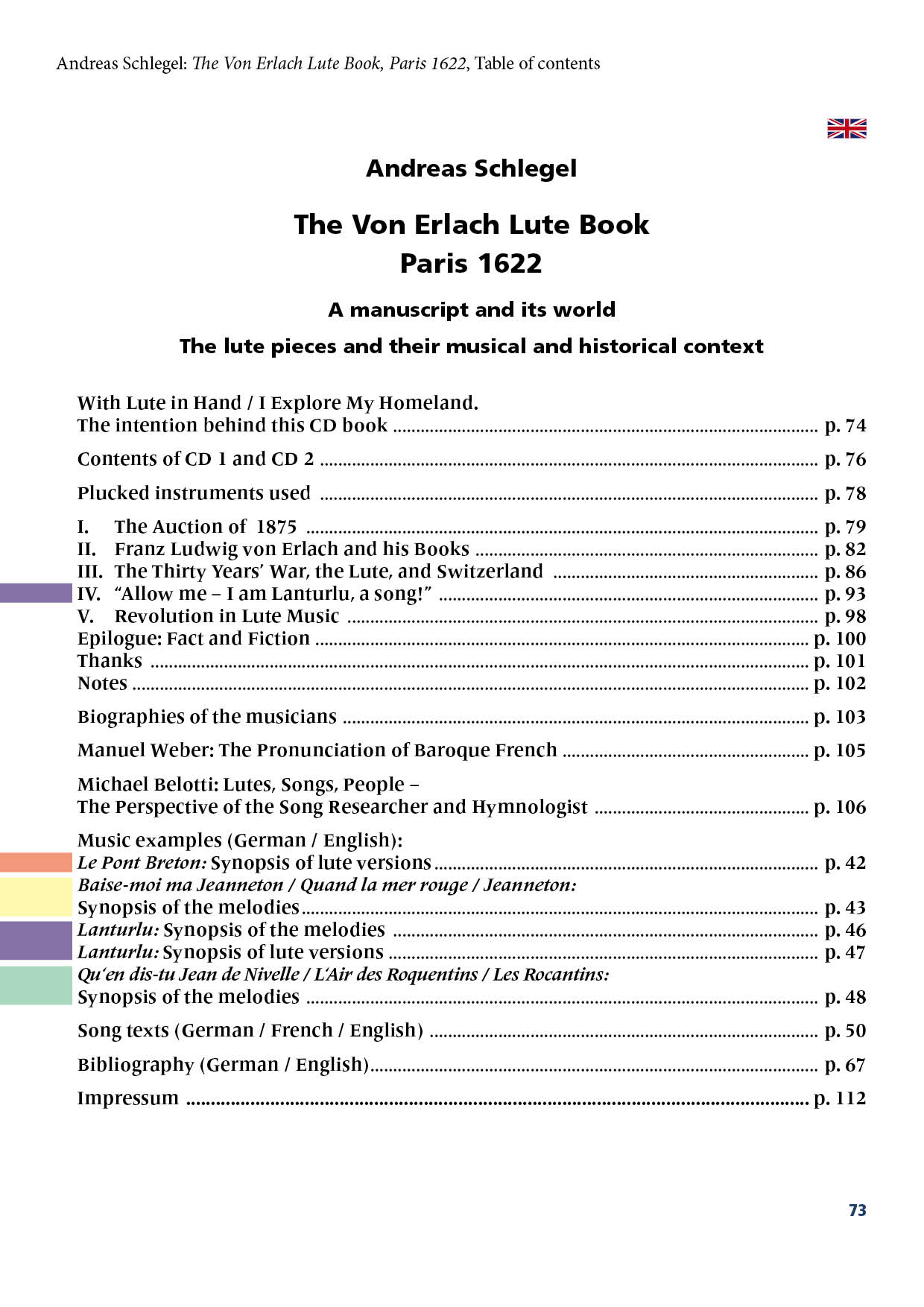 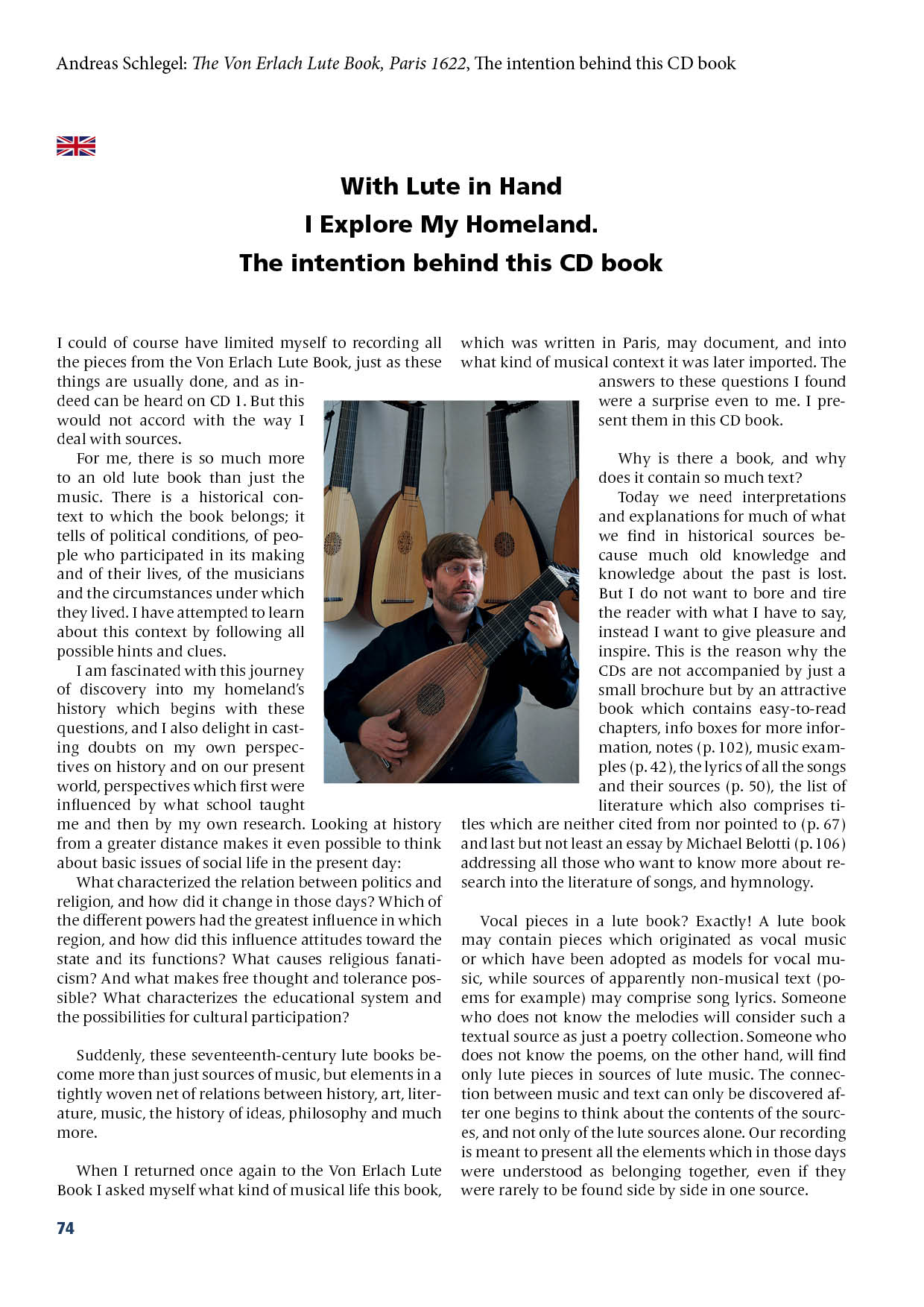 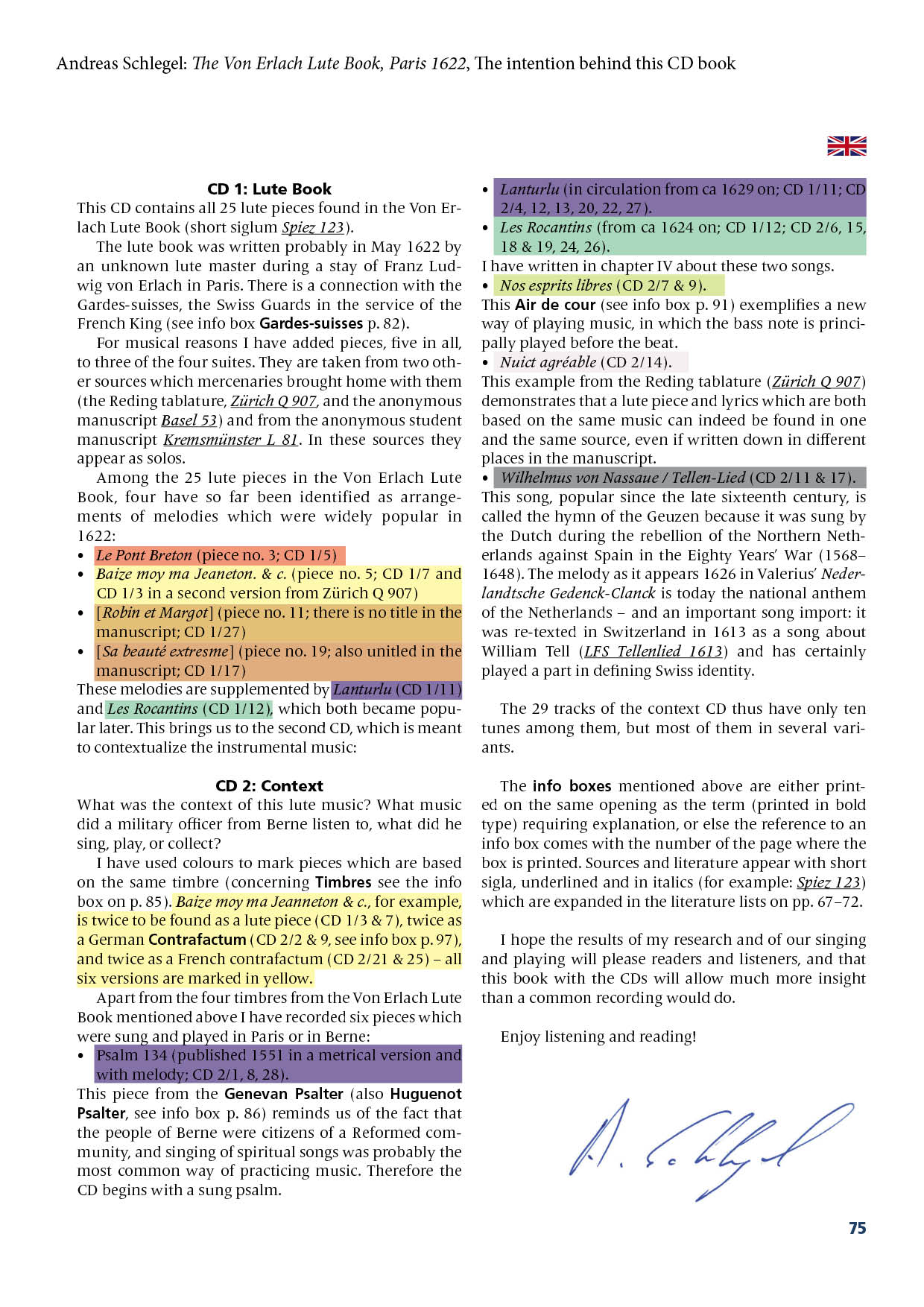 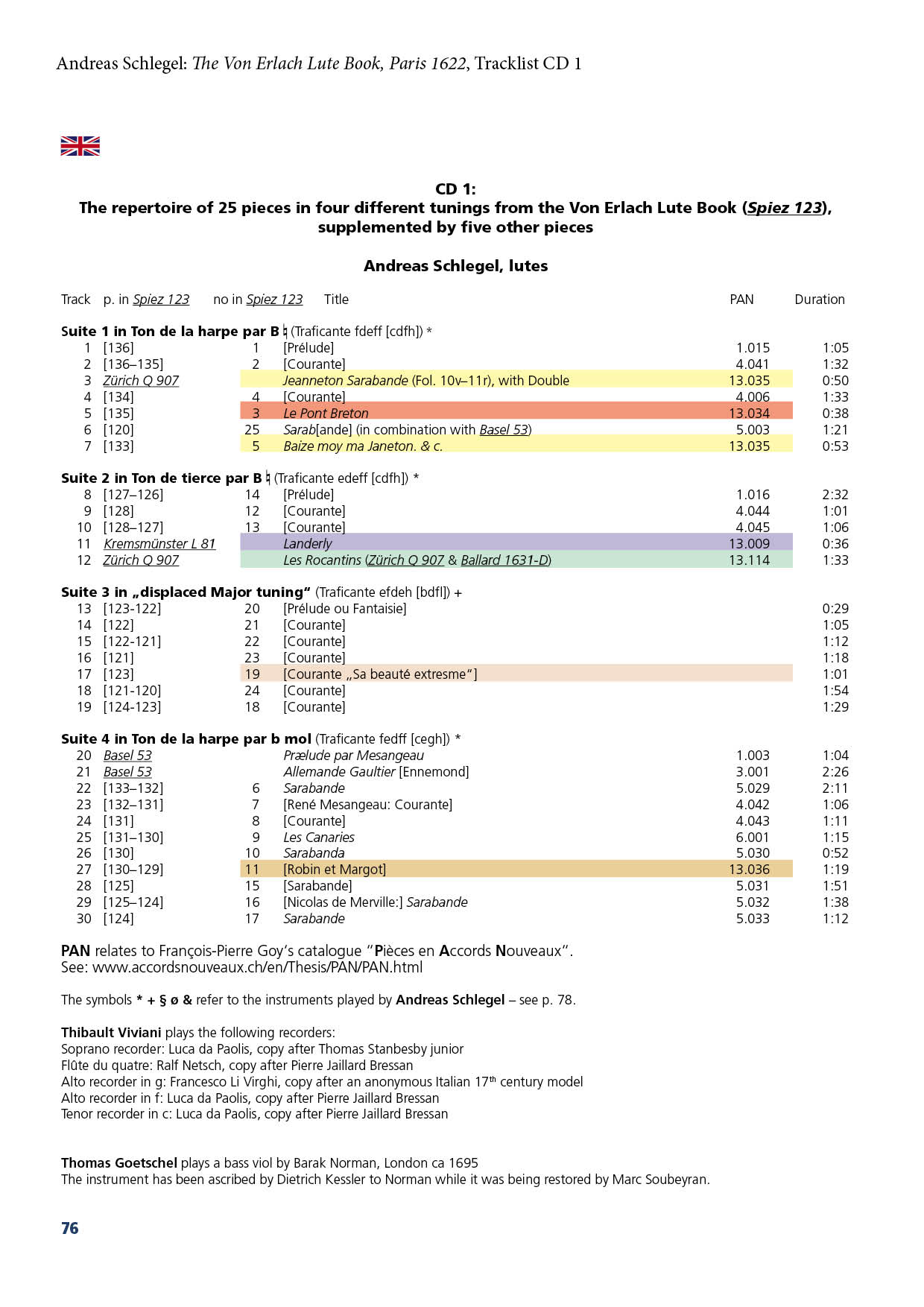 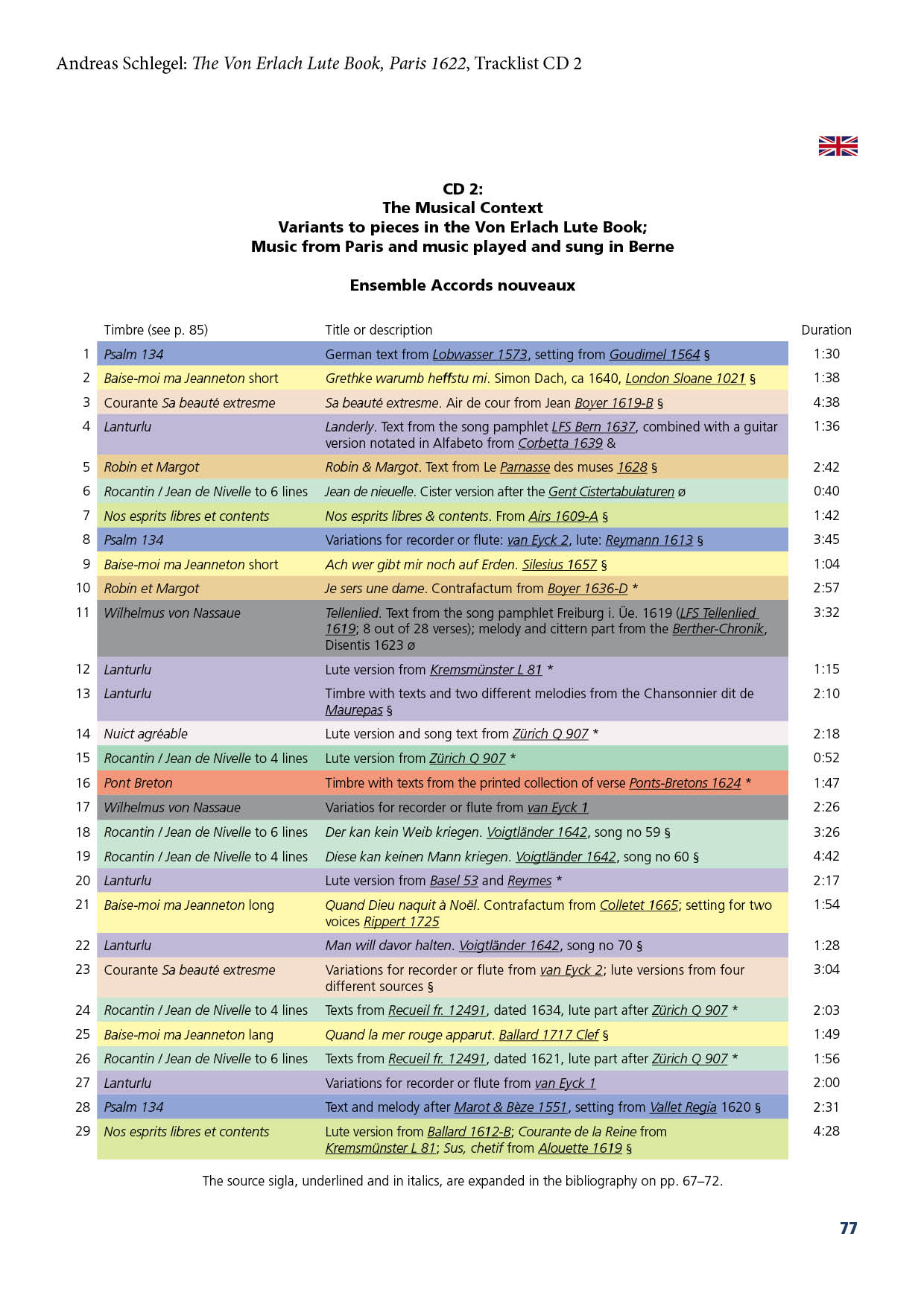 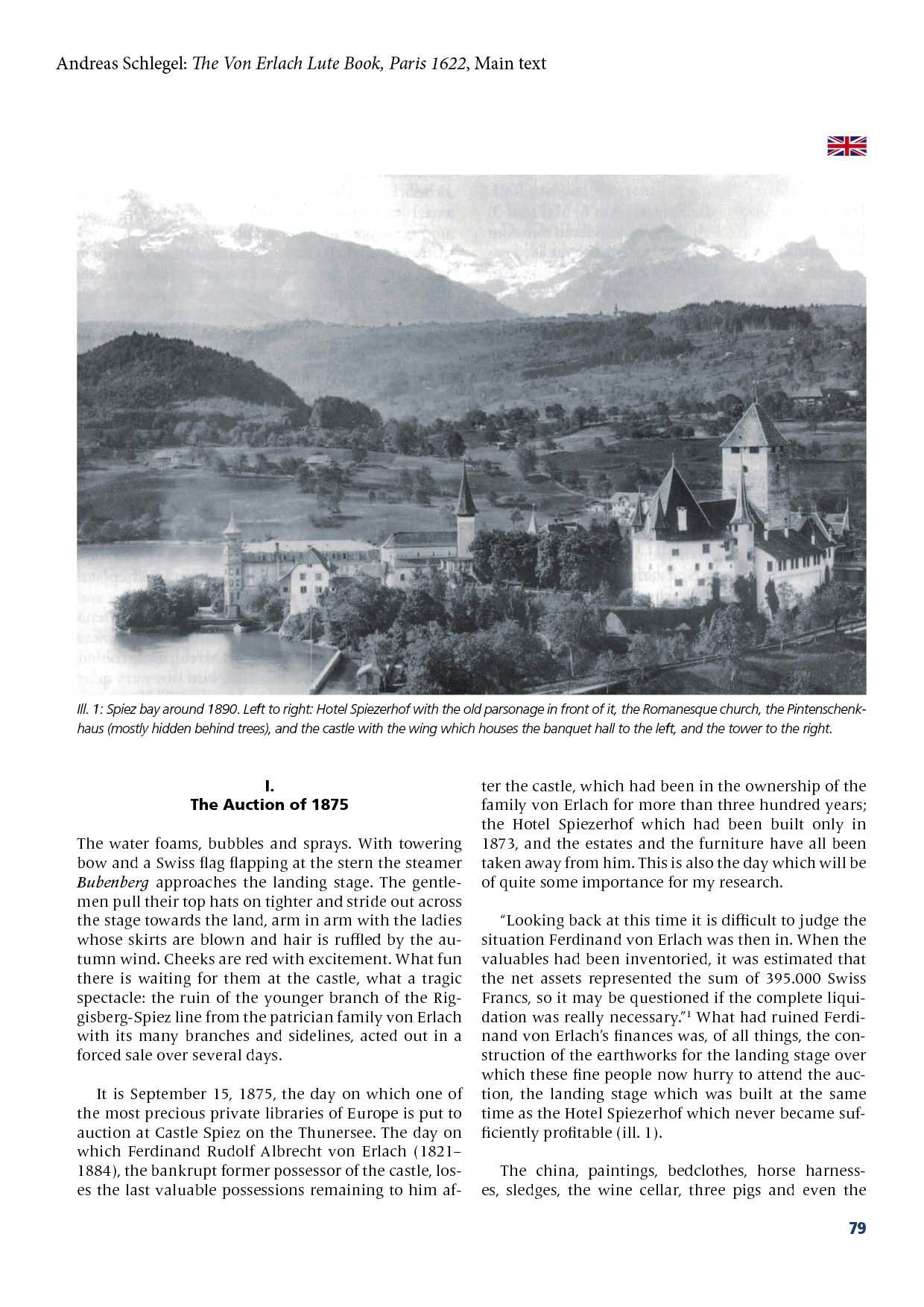 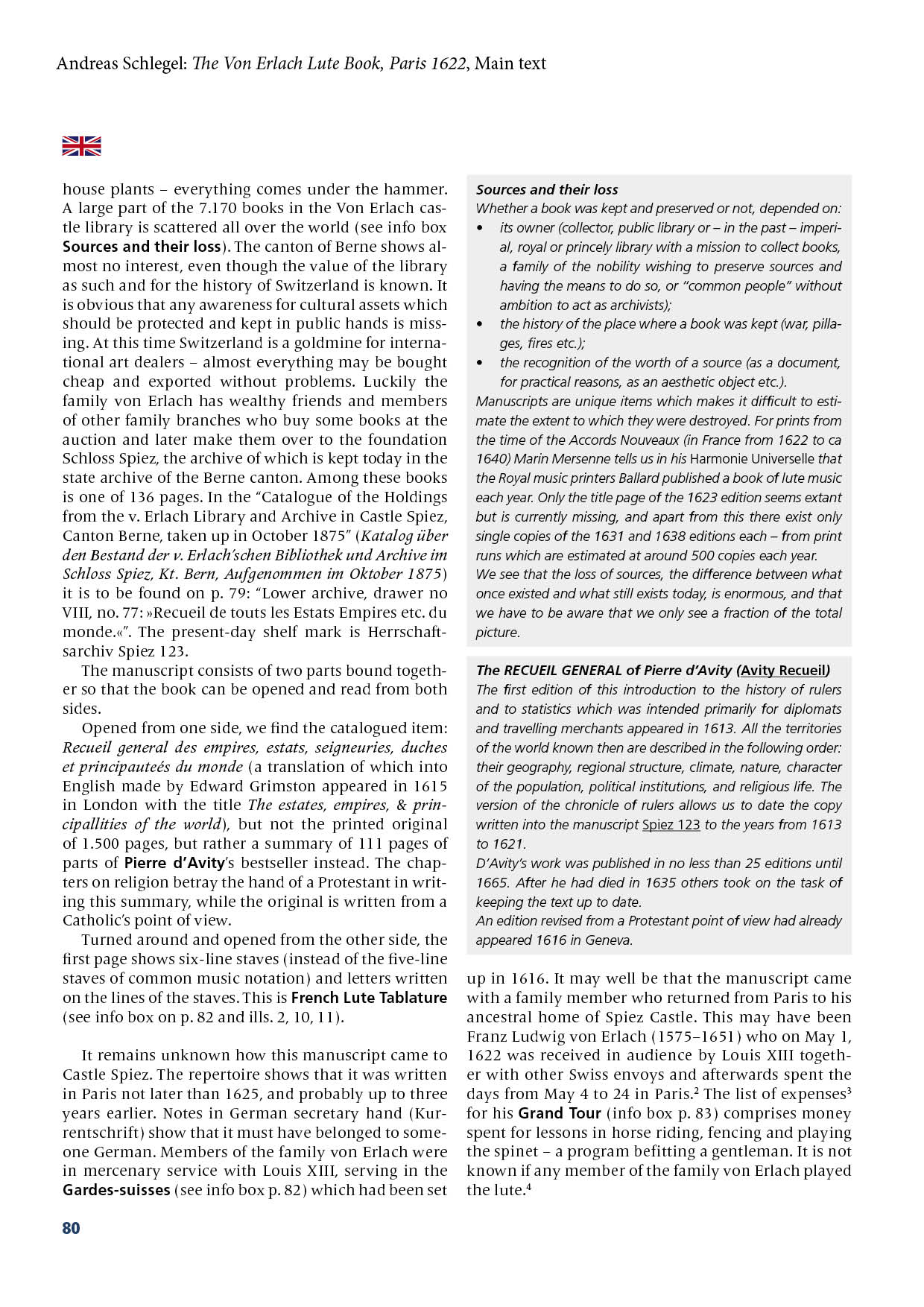 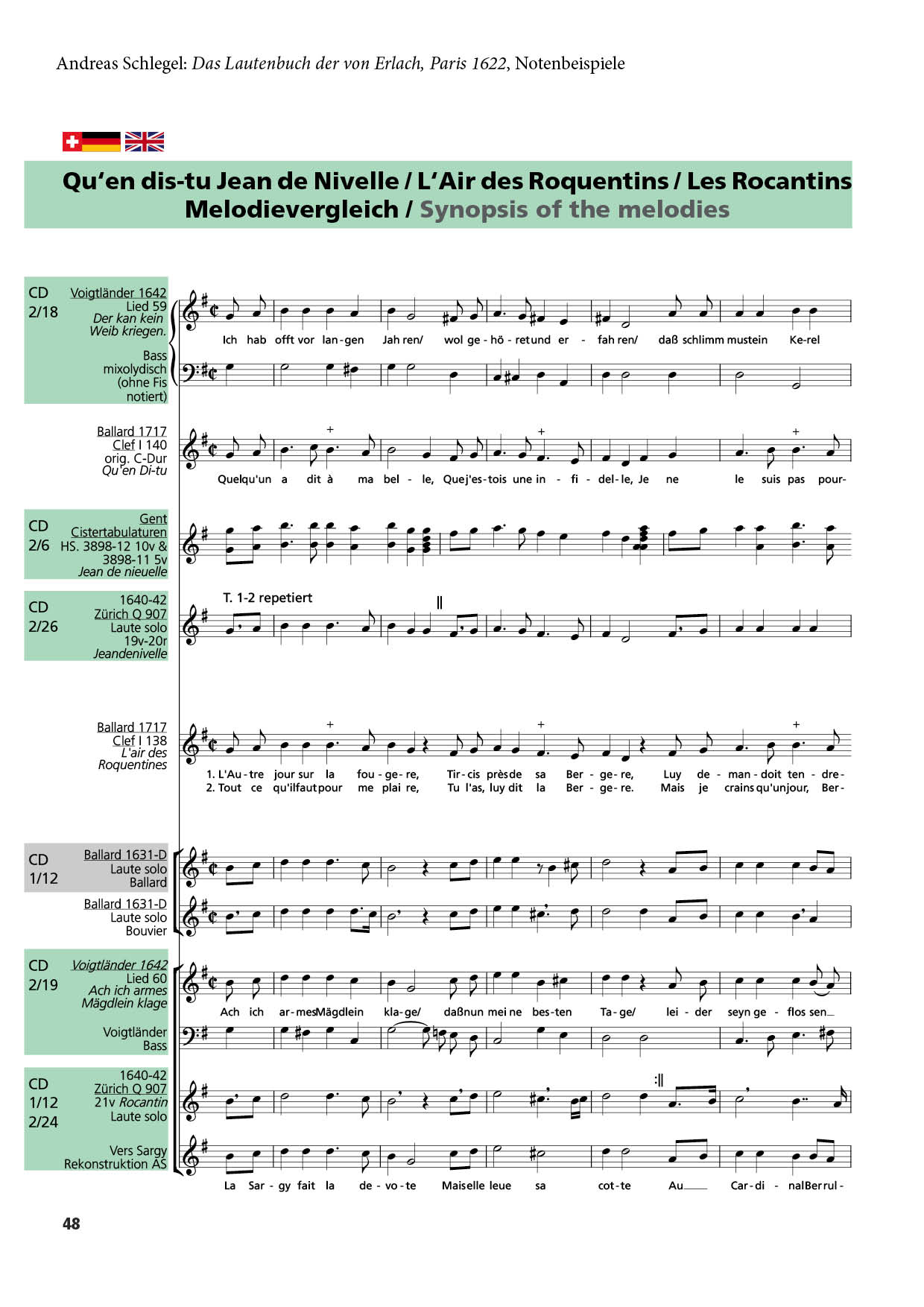 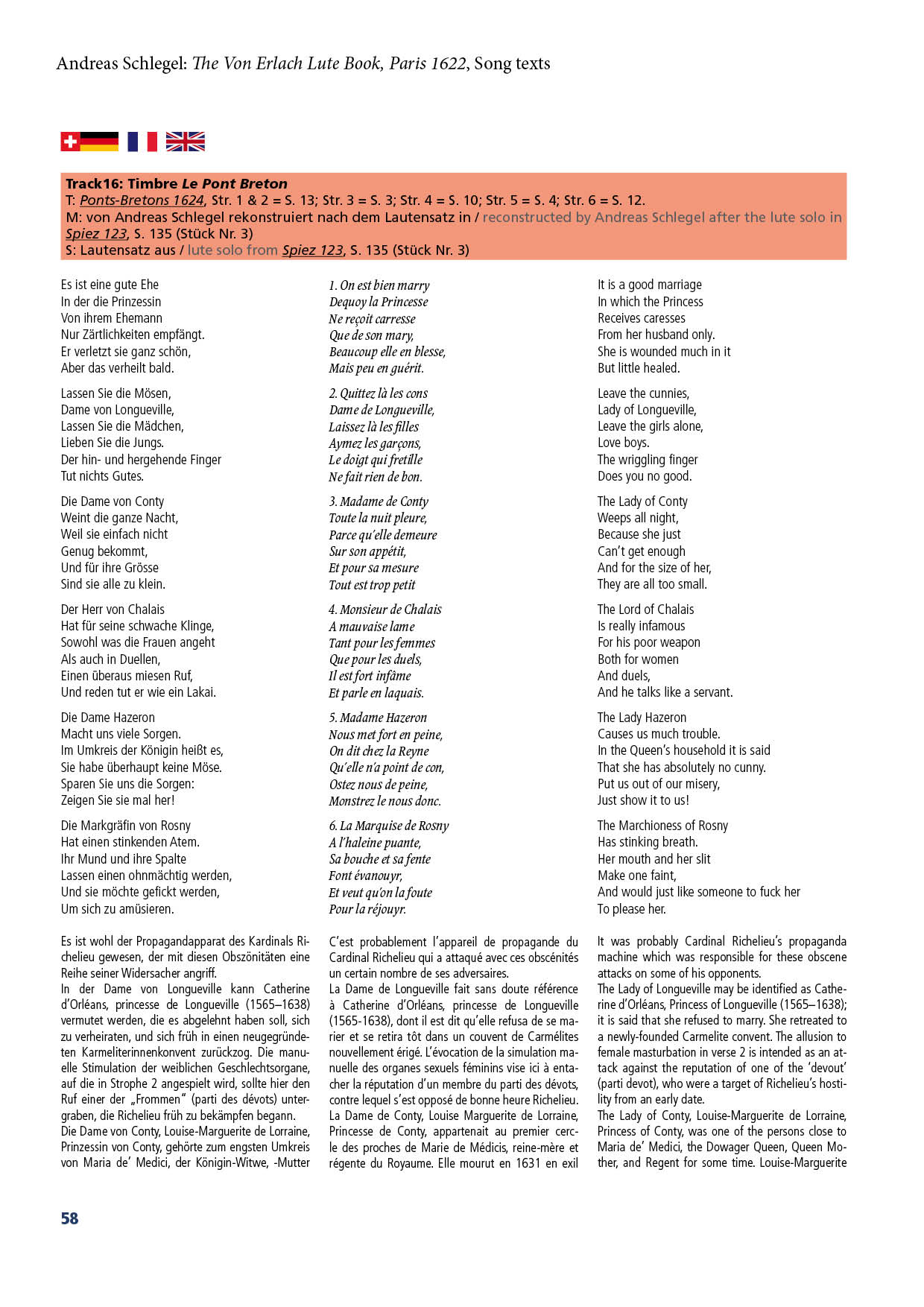 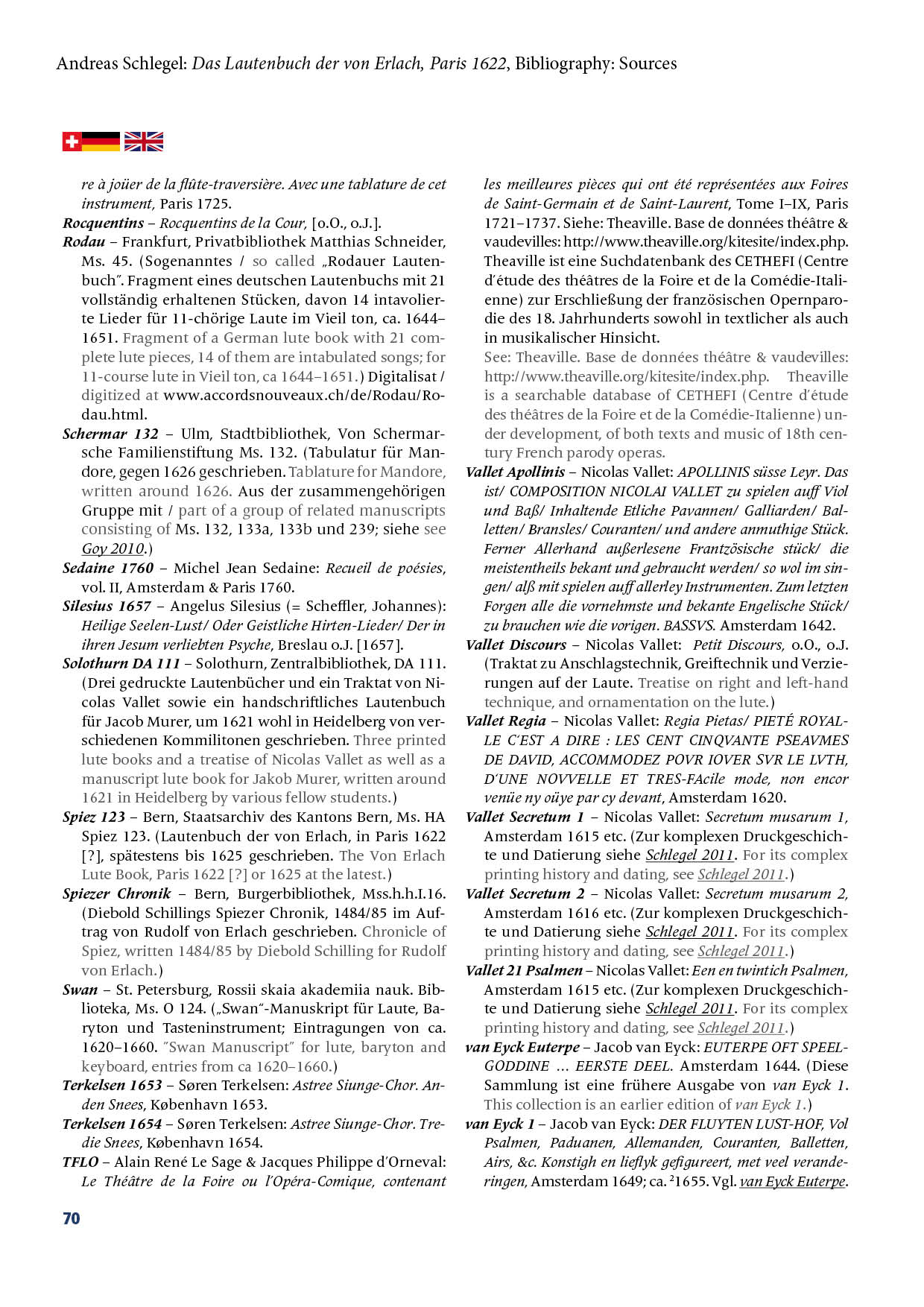 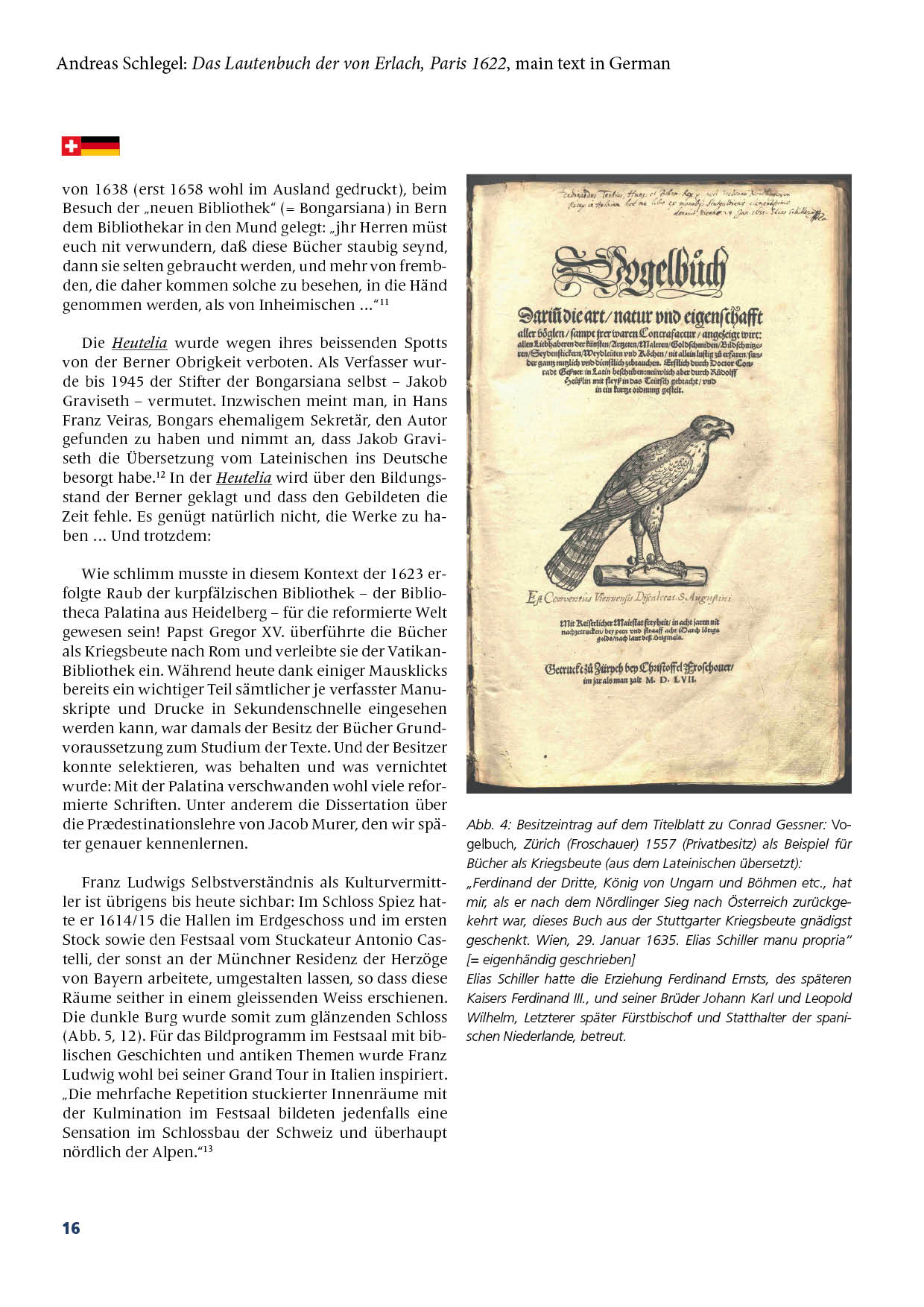 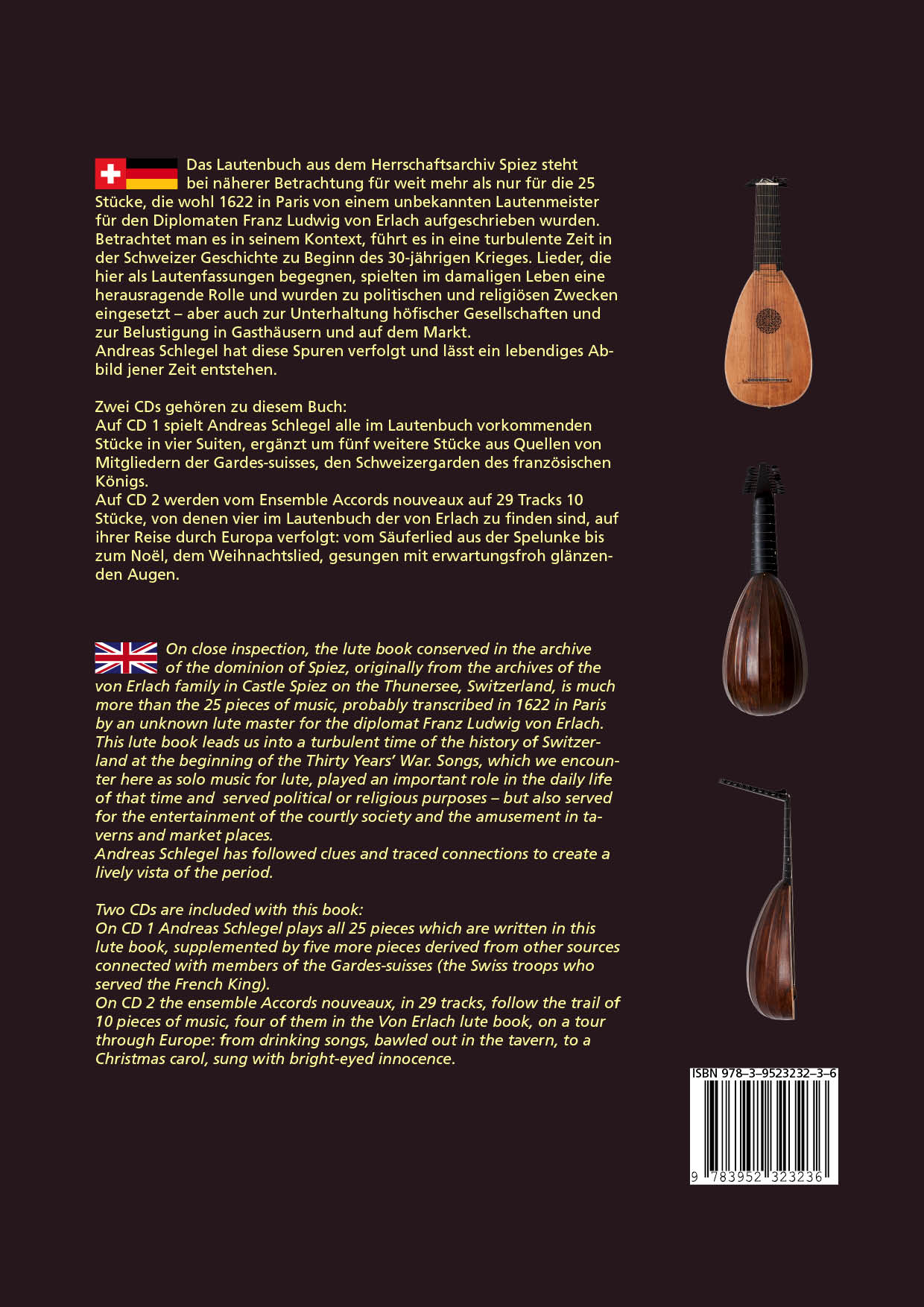